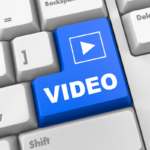 The FORWARD project was an unprecedented opportunity for the outermost regions (OR) to work together and come up with a platform and a work program. As a leader in dissemination and communication, the Territorial Collectivity of French Guiana (CTG) has produced the third promotional video highlighting the results of the project. The two previous ones introduced FORWARD and pointed out research infrastructures and projects.

After three years of work, the progresses are significant in terms of evidence and constructive exchanges between regions.

Under WP2, Nexa, the Regional Agency for Development of La Reunion, together with the delegates of the other 8 outermost regions, conducted a thorough analysis of the bottlenecks which hinder the participation of OR in the Horizon calls and their R&I performance. Based on an extensive literature review, on results from 186 interviews with regional stakeholders, on data from a common survey with 258 respondents as well as several participative workshops gathering 155 participants in all 9 ORs, 9 extensive diagnoses about the FP & RI performance in ORs were produced. This exercise gave the Forward community the opportunity to fight against preconceived ideas according to which ORs would have “natural or traditional handicaps” preventing them to play a role in the European Research Area. But rather, the weak participation arises from 3 main factors :

The Canaries and Guadeloupe have led the co-creation of 8 thematic working groups composed of different experts.

This allowed us to share knowledge, best practices and design common action plans.

Networking events for the visibility of their research or to create projects were respectively organized by the Canaries on the theme of “blue innovations” and by the Azores to create collaborative projects based on digital media. French Guiana sponsored the Virtual Island Summit which aims to connect islands and isolated rural areas around the world. It shared its experience with renewable energy in humid intertropical environments using artificial intelligence.

Madeira held a seminar to “rethink the current vision of smart islands” aspiring to become an autonomous, cooperative and hybrid island.

Training sessions related to setting up and monitoring calls for projects, and building networks and consortiums were organized in Martinique. Saint-Martin has provided training on how to finance its project under the framework program.

Regarding researcher’s mobility, the Departmental Council of Mayotte collaborated with the Institute of Parasitology and Tropical Veterinary Medicine of the Free University of Berlin to work on medicinal plants.

Our latest promotional video reviews examples of actions from the 9 territories that have allowed us to exchange with each other, gain visibility and capacity to implement responses to calls for projects.

Thanks to this step, the participation of these territories in Horizon Europe calls for projects should be strengthened.

Watch the third video to know the progress and results of the Forward project for the ORs here https://www.youtube.com/watch?v=jNOKL25NyaY&t=5s