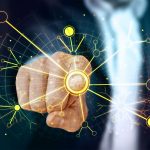 According to Cordis database compiling H2020 projects, among the top 10 organizations, there are 3 organizations that share one project with the Canary Island in the FP7 and 5 organizations in the H2020.

In Madeira, regional stakeholders integrate “clubs” that dominate FP scene having participation with organization from the Top 100 ranking (upper than 105 projects, including France, Netherland, Greece, Norway).

Azores is, also, connected with successful H2020 networks. Such as the University of Azores, who has a good international network which could empower Azores capacity to reach international networks. On 9 islands, 3 (Sao Miguel, Faial, Terceira Island) have education universities This enable to fix young people and researchers in the country and avoid the grey matter leak. It has critical mass and infrastructures for external researchers and students. This issue is different for French ORs.

H2020 projects are managed directly by national services based in the mainland, France and design the strategy. Lobbying activities have to be conduct at the national and European level in order to identify relevant calls for project taking into account ORs singularities. Regarding French ORS (French Guiana, Guadeloupe, Martinique, La Réunion, Mayotte), all national research organization present in these territories benefit from international relations department which could allow French ORs to develop their R&I relations with Europe and third countries. Even if some ORs are not linked to major clubs, international researchers and publications contributes to raise their added value.

In French Guiana, for example only at the Paracou station, 119 researchers include 39 international ones were present and attracted to this forest research station. We count 811 publications on this station for 2019. Teams from around the world are coming to French Guiana to study the ecosystem, flora and fauna of the Amazon rainforest.

For 2019, French Guiana encounters 250 publications from researchers. Moreover, French Guiana is the European launching ground for rockets and satellites. In this way, integration into major European networks on or approaches is also possible. Particularly through initiative such as the network of European regions using space (NEREUS) or the European Earth observation program Copernicus.

La Réunion benefits from a dense network of high quality infrastructures which combines to its exceptional location and singular conditions. These are strong assets to integrate H2020 projects and improve their connectivity.

At Mayotte, the University center is a strong lever in terms of connection with research European or regional network. The Technopole project will see light in 2022 and the creation of business incubators are opportunities for Mayotte to empower global connectivity.