The Instituto de Astrofísica de Canarias (IAC) is a science and technology center dedicated to research in astronomy and astrophysics. It is a public consortium made up of the Central Administration (Ministry of Economy and Competitiveness), the Canary Islands Autonomous Community, the University of La Laguna and the Higher Council for Scientific Research. The IAC’s mission is to conduct and promote all types of astrophysics-related research and to disseminate this knowledge. Moreover, the IAC also cooperates in specialized education at University level, offers training to scientists in astrophysics and related fields, and fosters relations with both national and international research communities. In 2011 the IAC was designated a ‘Severo Ochoa Center of Excellence’ by the Spanish government, representing a world leading institution and a clear example of the quality and relevance of the pioneering astrophysics research lead from Spain.

RIS3-Strengthening in astrophysics and space

The IAC aims to achieve major advances in the understanding of the laws that govern the origin and evolution of the various forms of matter/energy in the Universe. The IAC addresses key problems on: very high energy phenomena in the Big Bang and around black holes, the genesis of cosmic and gamma-rays, formation and evolution of galaxies, the life cycles of stars, physics under strong gravity fields, the physics of magnetic fields in the Sun, and the detection and characterization of Earth-like planets in nearby stars.

The IAC foster international cooperation and exploitation of an exceptional set of observational facilities to achieve leadership in 5 key areas of astrophysics where the center has obtained outstanding results and major advances are expected. Those key research lines are:

The IAC operates two headquarters and two observatories, set in an environment of excellent astronomical quality.

The main headquarters are located in La Laguna (Tenerife island) and are the usual workplace of the greater part of its staff. There, astrophysical research and technical projects are developed.

The IAC’s second headquarters is the Centre for Astrophysics, located on La Palma island. This center also houses the offices of the Gran Telescopio CANARIAS and the Magic Collaboration, as well as the supercomputer LaPalma, a node of the Spanish Supercomputing Network.

The IAC operates the Teide Observatory on Tenerife and the Roque de los Muchachos Observatory on La Palma, where more than 30 telescopes and other instruments are run by institutions from a large number of countries. The IAC is a partner in the 4.2m William Herschel Telescope and 2.5m Isaac Newton Telescope, and owns a number of smaller telescopes. The 10.4m GTC at ORM, the largest optical-IR telescope in the world, is an outstanding Spanish Scientific Infrastructure assigned to the IAC.

The IAC has 3 main Divisions – Research, Technology and Graduate Education Divisions – but also considers the scientific outreach as one of its principal aims, with a Unit of Scientific Culture depending on the Director’s Office. 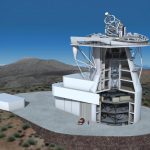