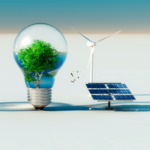 Thanks to survey, interviews and workshop of ORs R&I stakeholders carried out within the Work Package 2, Forward members have a better view, knowledge and needs of their ecosystem. Some ORs have an embryonning research system profile whereas others have more developed one.

In Canary Island, research and technology organization are important as they act as an interface knowledge between producers and users, clusters, technology transfer centres, incubators and support services for innovation. Indeed, the University of La Laguna (ULL) is part of top 3 more institutions in both H2020 (2014-2020) and the 7th Framework program (2007-2013).

The higher involvement of regional stakeholders and connection with experienced FP European peers in Madeira particularly in specific fields such as biotechnology and or information and communication technology has been pointed out by WP2 diagnosis.

These establishments are not present in Saint-Martin in the north side, which is particular because of its geopolitical and institutional singularity. Saint-Martin in the North is an Outermost region, in the south an Oversea Country Territory (OCT). Indeed Saint-Martin neighbors are actively involved in H2020 (Anguilla, British Virgin Island, Saba, Saint-Barthelemy).

The added value of the Forward project is the implementation of operational work plan in order to create a task force within the ORs. So far, Forward team has worked together to produce useful documents:

Methodologic guidelines/documents to lead RIS3 in each territories.