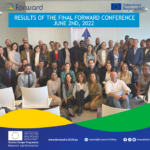 The FORWARD Consortium joined for its final meeting on June 2nd  the Royal Library of Belgium. Mr Antonio Lopez Gulias, Project Coordinator from ACIISI summarized all progresses and mentioned the new European Commission communication. Indeed, this official document of May 3rd 2022, which suggested the continuation of Forward’s activities.

The main results of Forward were highlighted. FORWARD has enabled the nine ORs to get to know each other better and to share their assets in terms of research and innovation, to exchange on their potential through the eight thematic working groups. These groups have led to the creation of 9 regional action plans, the submission of two proposals to the Horizon Europe program’s calls for health and marine sciences projects.

Thanks to the FORWARD project, the actors of the ORs have benefited from training on writing proposals, implementation, technical, administrative, and financial management of a Horizon Europe project in order to strengthen their capacity to respond to calls for proposals, and mobilities for their researchers.

In addition, the continuation of the FORWARD program, 2019-2022 has been included in the 26th declaration of the Conference of ORs Presidents held in the Azores on 18 and 19 November 2021. It is also worth noting the strong act of the nine local authorities of the ORs who have signed nine letters of intent to commit to the next OR-izon Network.

To implement the continuation of Forward, a debate will be organized within the consortium on the basis of the main results of each work package to set up the next steps of OR-izon Network.

The Outermost Regions (ORs) play a strategic role for a smart and innovative Europe. FORWARD contributes to optimize the research and innovation ecosystems of the ORs, by developing distinctive expertise and connecting them to international networks. 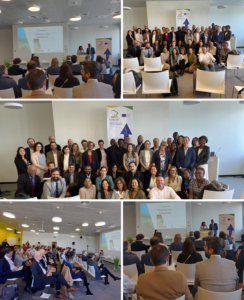