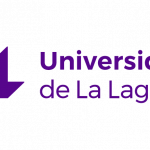 The University of La Laguna, located in Tenerife (Canary Islands, Spain), has more than 200 years of history open to the world. With over 23,000 students, more than 1,800 lecturers and 800 ancillary staff, the ULL offers a wide catalogue of high quality degrees and research programmes ranging from all the humanities to the exact sciences. It is recognized under the sails of European Regional Campus of International Excellence and the HRS4.

Considering R+D+i funded projects during the last five years at national level (classified by the given RIS3 priorities 2014-2020), the majority of the ULL projects (65%) fit clearly within the priority: “Social and economic valorisation of R&D, specialization and strengthening in astrophysics and space, marine-marine sciences, biotechnology and biomedicine associated with biodiversity and tropical diseases“. The ULL covers a wide range of knowledge areas, hence this significant figure is aligned with the fact that this priority is the most centred on generalist R+D+i. Although followed far behind, the next outstanding RIS3 priority at the ULL is “Green Growth and Sustainability” (10%), which includes biodiversity research groups and more important, an incipient tendency on projects with an environmental-friendly component. ICT-related projects are also increasing at the ULL, assigned the 8% of them in the “Digital Agenda” priority. On the opposite, SSHH projects account together with less than the 4,5% of the projects within the priorities “European Mid-Atlantic Reference” (3%) and “Smart and sustainable leadership in tourism” (1.5%). In the remaining cases (12% of projects), there isn’t a predominant priority, which definitions are too tight for some research lines.

At international level (including granted FP7 and H2020 projects, classified by RIS3 priorities), figures indicate the same predominant priority (“Social and economic valorisation of R+D+i, 39%”) although the proportion between other priorities varies. “Green Growth and sustainability” priority held again the second position (31%), which, however, rises to the first if we also consider very specific biodiversity and biology projects. Although those projects don’t belong to the EC Framework programmes, there are several biology groups which are very active and successful. Conversely, SSHH areas accounts for the next position, reaching the 17% in the “European Mid-Atlantic Reference” priority, which, as mentioned, is almost despicable in the national context. “Digital agenda” priority follows the previous priority very near (14%), and includes several projects where ICT is an essential but transversal area. It is important to highlight that because of its multidisciplinary and context, all and every international projects are not classified under a unique priority.

At the ULL, there is a 46% of active Life Sciences related research lines. In particular, Neurosciences and Neural Disorders is a predominant area, covering from studies at cellular level, such as communication and signalling, projects with an approach based on ICT -performing computer simulations- untill phychiatric and phycological disorders involved in brain diseases. Applied Life sciences, Biotechnology and Molecular and Biosytems Engineering are also of interest for many researchers. Next predominant wide knowledge area is “Physical Sciences and Engineering”, including from pure Maths projects to applied engineering, covering in total the 44% of active projects. A good indication of the steady modernization of the ULL reserach lines is that multidisciplinary projects include an ICT component in the research approach. Finally, the Social Sciences and Humanity projects cover the 9% of projects. Although is a reduced figure, there are outstanding international projects in this category.

SEGAI (General Services to Support Research) is an innovative university entity, which aims to provide scientific and technical support to ULL research groups as well as other public research organization and companies. SEGAI is currently formed by 26 Services or Laboratories grouped into four sections or divisions:

Due to its privileged location, the ULL activities are developed in the frame of a unique network, with huge ties with LATAM, Africa, and Europe and other European Outermost Regions.

According to FP7 and H2020 funded projects, ULL main scientific collaboration are with the following institutions: 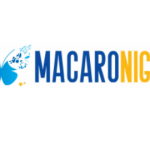 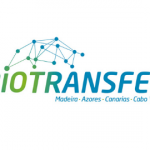