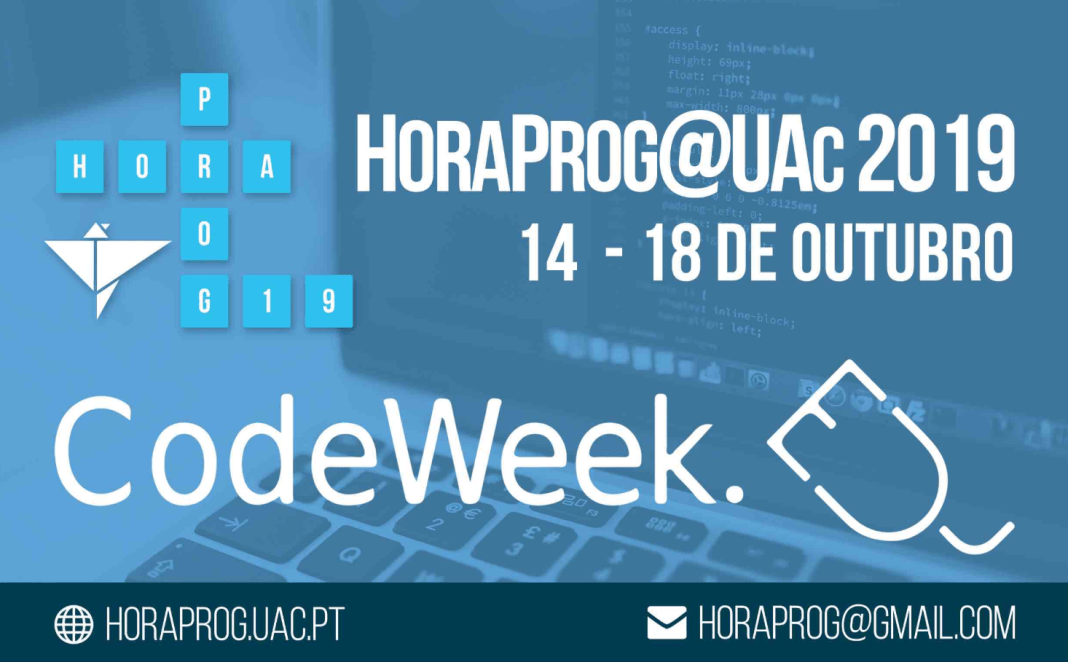 The Ponta Delgada Campus of the University of the Azores receives, from October 14 to 18, the 5th edition of the HoraProg@UAc.

The event takes place annually at the UAc, since 2015, is included in the European Commission’s initiative codeweek.eu and is intended for students and teachers of all teaching cycles, including higher education.

In the previous edition, more than 1,200 students from 19 schools from four municipalities on São Miguel Island participated in the HoraProg@UAc.Over the five days, seven workshops are prepared: AppInventor, Arduino, Python, Lego Mindstorm Robots, Blender, Networks and Communications and Scratch that take place in five sessions from 09:00 to 4:00 pm.

The organization of HoraProg@UAc 2019 is in charge of the Center for Research and Development in e-Health (NIDeS) and the UAc Informr’s Student Center (NESTI) and has the support of the Regional Government of the Azores, the Ponta Delgada City Council, GlobalEDA, CIVILA, ExpoLab, PROBOT and CerealGames.